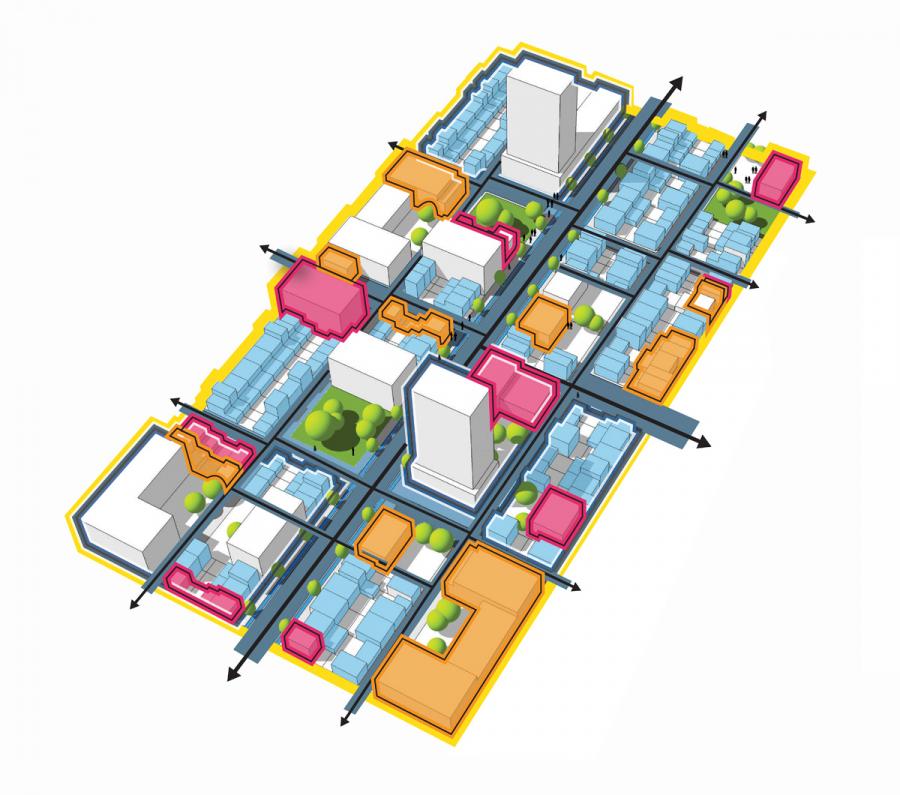 precinct planning: why urban design guidance is more important than ever

RobertsDay has just issued its submission to the Design WA team for the draft Precinct Design Guidelines and Policy released by the Western Australian Department of Planning, Lands & Heritage for public comment (read the submission here).  It focused on urban design and place outcomes and expressed concern over the general vagueness of the guidelines generally – more specifically, that the Guidelines are outcome-neutral.  We submit:

Precinct Design Policy must ultimately be an outcomes-focused, performance based document.  It must faithfully and clearly encapsulate a specific liveable urban form to aspire toward, and diligently negate and threats that may erode the vision (as is exemplified by Liveable Neighbourhoods).

Too often we find that policies prepared with good intentions are not outcome focused, resulting in unintended consequences.

We can choose to have a vision that advocates a particular type of urban environment over all others.  Do we want that to be a New Urbanist pattern? Le Corbusier planning? Campus planning?  (these are all patterns that could be justified as the Guidelines are currently drafted).

The governance practice of layering unfettered requirements one on top of the other to arrive at an optimal design actually results in a sub-optimal planning outcome.

In lieu of outcome-focused specific design guidance, it is likely that future precincts will be shaped by others that do not have a focus on putting people first.

Spaces that lack enclosure, have poor legibility and are generally hostile for human habitation, may be justified under the guise of currently drafted general design elements, including movement and urban structure.

It seems that the draft Guidelines (at s. 1.2) justify the absence of any design specific standards by claiming that it will allow “...design to be tailored to the specific needs and characteristics of the precinct. It reflects that every precinct is different.” Although it is acknowledged that, indeed, precincts should be defined and known by their own individual identity, there are common issues and barriers to good design that continue to be experienced in all contexts. Equally, there are universal qualities of good design that can be quantified and defined that contribute to human comfort, which do not warrant continued justification and negotiation each time a Precinct Plan is drafted. Without any guidance addressing specific outcomes to aspire towards, the process of Precinct Design results in planners merely facilitating requests from other Agencies and stakeholders without any ammunition to resist unreasonable or counter-productive design ‘requirements’.

The current approach places too much emphasis on the capability of any given project team (whether local government or developer-led) to overcome much broader barriers to good design, that are much more efficiently and effectively solved at the State level through strong policy and supporting guidance (in the way the original genesis of Liveable Neighbourhoods involved moving away from conventional practice of the mid-90s toward a complete rethink of community design aligned with new urbanist principles).

We make reference to other parts of the world that have sound policy paying attention to more specific urban design guidance for its ability to create people centric places.  Without such guidance, we will continue to see urban design take a back seat while other Agencies dictate the future of our most important urban areas.