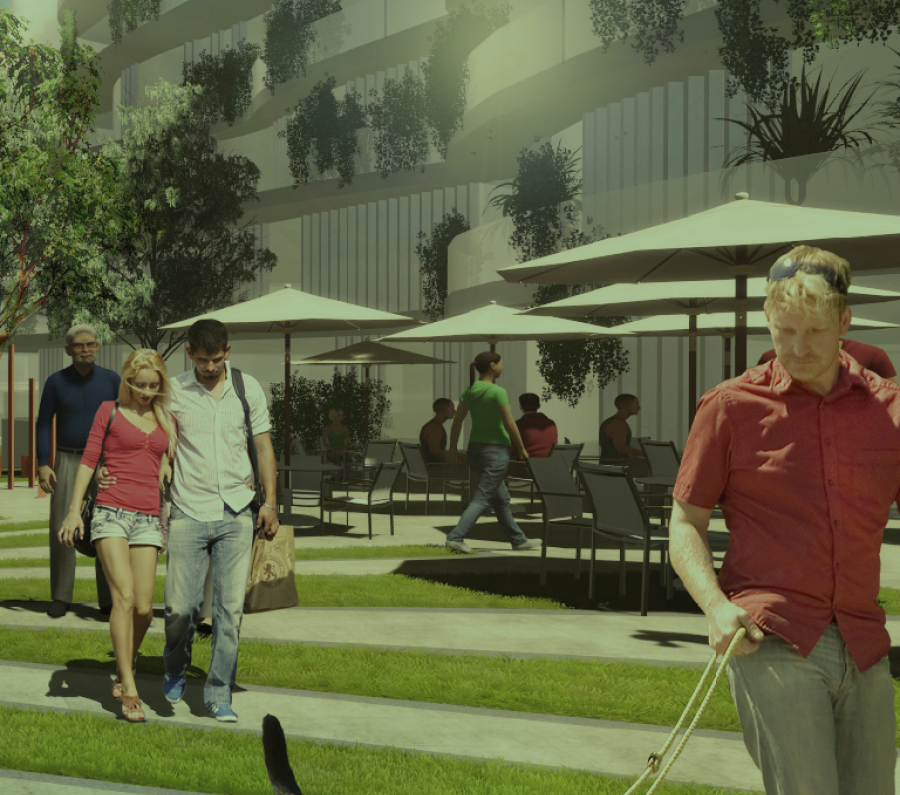 what makes a great view?

In our communities, tree removal is fast becoming a common practice, and often fuelled by urban myths or off-hand comments by selling agents. However, the basic assumptions at the core of this practice are wrong. For example, evidence and data show that the presence of a significant broad-leafed street tree increases (notdecreases) the value of the adjacent property.

Firstly, a word on my qualifications to say so. I often share the frustration of medical practitioners who must politely nod, smile and explain to their patients why Dr Google or their best mate’s advice should not be relied on for their medical advice. If I may risk a momentary lapse in humility, as an Urban Designer who is also a trained artist, I likewise often find myself diplomatically and uncritically acknowledging the opinions of industry colleagues or community stakeholders, who despite their other specialist qualifications, have little or no visual literacy. Don’t get me wrong … wonderful people, but they don’t know their chiaroscuro from their horror vacui.

So let me give a quick explanation on what makes a good view.

Views and vistas (unlike immersive panoramas) are fundamentally scenes, and their qualities follow a number of principles of composition and construction. Aspects that make up the construction of a scene include shape, colour, value (i.e., relative lightness or darkness), texture, form, balance, contrast, visual emphasis, rule of thirds, golden rectangle, lines of movement, pattern, rhythm, unity/variety, and so on.

I’ll skip these on this occasion and just (briefly) talk about the three basic compositional elements that make up a scene or a view. These are:

It is an established visual art principle that the most satisfying views or scenes comprise all three elements. (These principles form the foundation of visual aspects of Architecture, Urban Design and Landscape Architecture.) In the context of a street view, signature scene or the view from a dwelling, this means that what is visible in the foreground is as important as the distant view, and likewise for the middle ground. Apart from other reasons, this is partly because the eye tends to scan across a scene, and if there is little going on, then the scene becomes dissatisfying relatively quickly. (This is not to be confused with the immersive experience of being, say, on an empty endless beach, where a number of other perceptual factors come into play as well).

The presence of all three elements means that the eye follows a variety of ‘lines of force’, travels across and around the scene, re-examines elements, and effectively finds sustained stimulation. A tree in the foreground (such as a street tree) helps to achieve this effect, and more than compensates for a portion of middle ground or background that it may obscure (again, this is not to be confused with the complete obstruction of middle ground or background by a foreground element). In other words, a view is ‘optimised’ by the three elements, even though some elements may partly obscure others.

We may not often be entirely conscious of it, but think about the number of artists’ perspectives, real estate photos and architectural images that consciously include photoshopped leaves and tree canopies into their foregrounds!

Of course, the presence of the three elements by themselves doesn’t guarantee a high quality view or scene. A beautiful (and valuable) view requires consideration of the principles of composition and construction that I hinted at before.

But in terms of the question whether removing a street-tree necessarily improves a view … the answer is resoundingly NO!

Peter Ciemitis is an award winning urban designer and Senior Associate with Robertsday. He is also an artist whose works are held in the collections of the National Portrait Gallery, the National museum of Art in Latvia, various other museums in Europe, China and Australia. He was winner of the 2010 Black Swan Prize, and has been a finalist in the Archibald Prize. In October, he will be representing Australia in the G20 International Art Exhibition in Hangzhou, China.