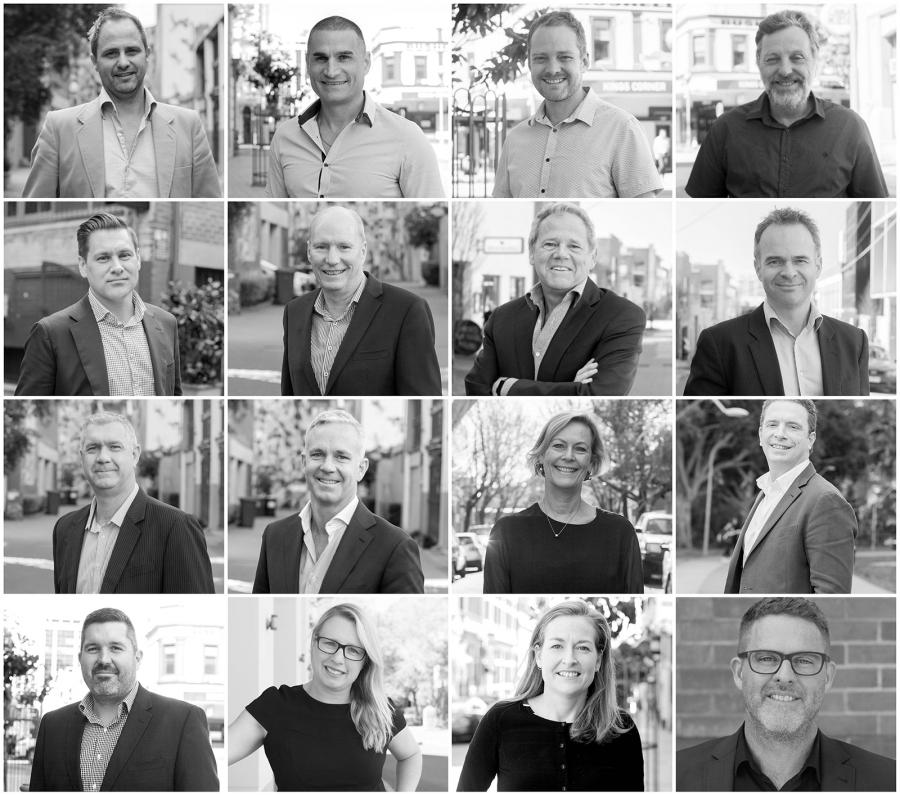 From its humble beginnings as a start-up business in Perth, RobertsDay has grown to one of Australia’s most important design and planning companies, with 60 employees and 1,400 projects across Australia, New Zealand, Malaysia, Indonesia and Dubai.

This 25th year marks a new era for the company and for co-founder Erwin Roberts, who will retire in 2019 leaving a lasting legacy.

On Melbourne Cup day, in 1993, two young town planners in Perth established their eponymous consultancy from a dining table at one of their homes. Mike Day and Erwin Roberts had known each other for 13 years, having both worked at the West Australian Town Planning Department and at Feilman Planning Consultants, founded by celebrated town planner Margaret Feilman.

From the start, the pair had a shared vision, to create walkable places that would positively influence people’s lives and leave a lasting legacy.

RobertsDay has been fulfilling that shared vision ever since, having created some of Australia’s most memorable places that thousands of people reside in. Ellenbrook, a master planned community in the north east of Perth, was the defining project that helped launch RobertsDay.  Mike and Erwin were appointed on the project after only 15 months in business, and RobertsDay has been fortunate to have had an ongoing planning and design role for the last 24 years. A former sand quarry, today Ellenbrook is a self-contained town of 27,000 residents, and Australia’s most awarded urban development project. Among its 30 awards is the 2015 International FIABCI Award for World’s Best Master Planned Community.

Mike and Erwin’s initial work on Ellenbrook and East Perth, their passion, unique talents, vision and belief in their process generated demand for their services on Australia’s east coast – and, from there, overseas markets. The company has since worked with over 900 clients and expanded to 60 employees and 16 partners across Australia’s five major cities with studios opening in Perth in 1993, Melbourne in 2002, Sydney in 2006, Brisbane in 2016 and Canberra this year.

The company has always developed and maintained strong relationships with State and Local Governments, which has resulted in the majority of RobertsDay projects actually being realised.

This year, as the company celebrates a quarter of a century of practice, Erwin has announced his intention to retire in 2019, leaving RobertsDay and the partnership group with an enviable legacy that includes a broad range of city shaping projects across Australia and beyond.

Reflecting on the last 25 years, Erwin has said: 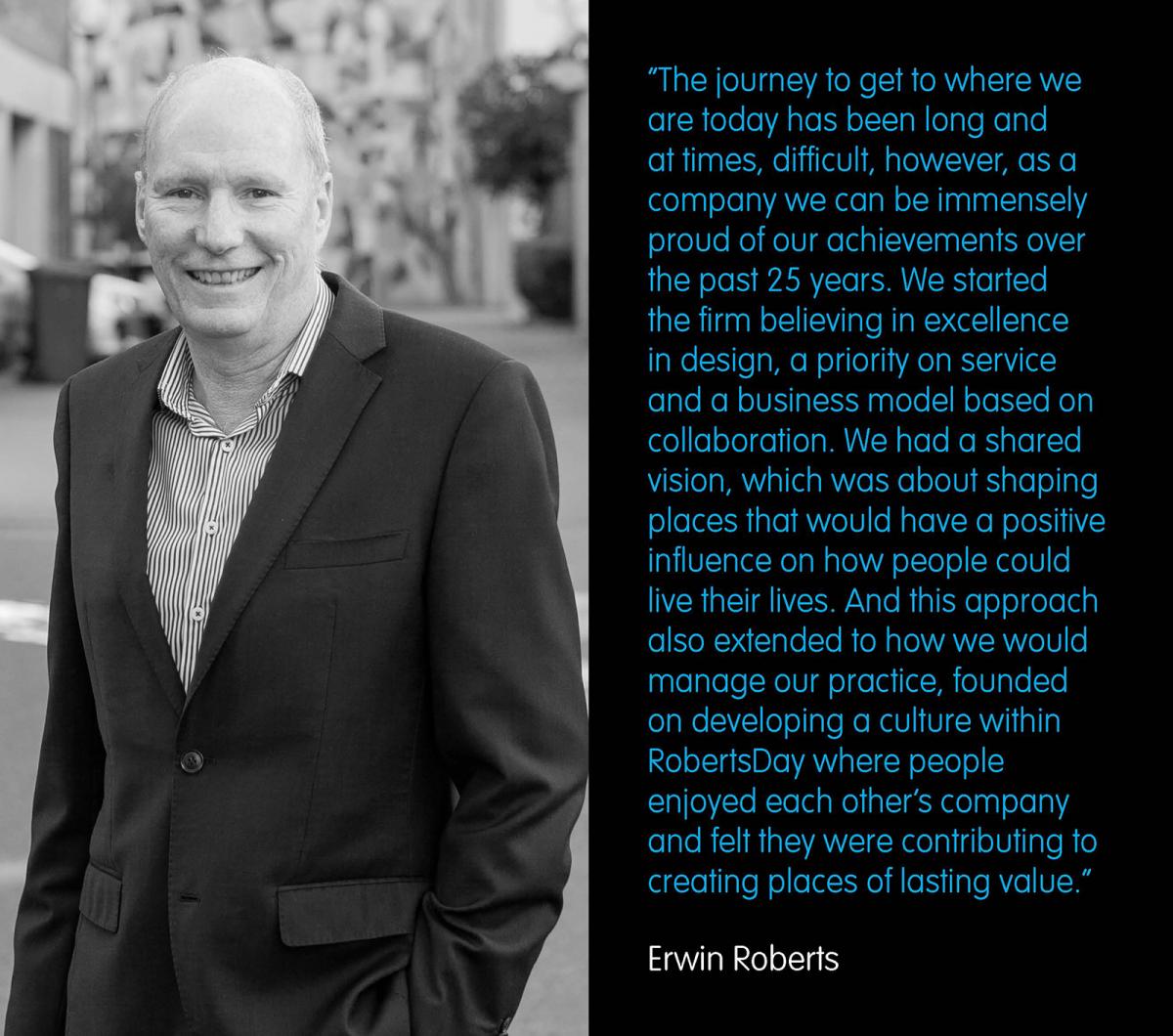 Mike’s experience on Ellenbrook and an array of new towns around Australia has shown: 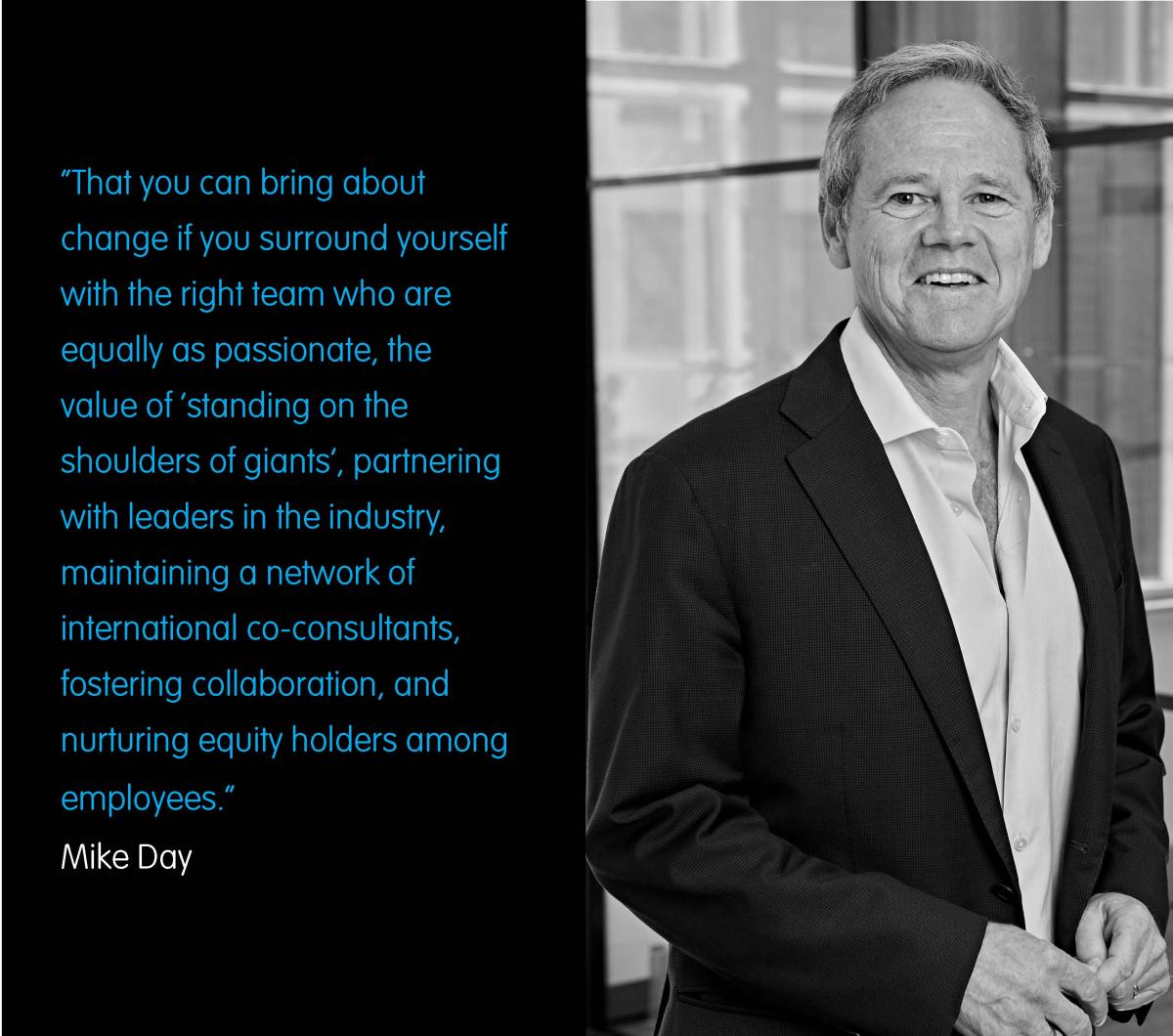 Mike and Erwin’s early vision for a return to timeless walkable urbanism has been a hallmark of the practice over the past 25 years and is now being embraced by the urban development industry’s leaders   throughout Australia’s urban settings.

RobertsDay remains committed to providing leadership in the shaping of enduring places that will be cherished by the people that live, learn and recreate within them.